In Which We Hear His Master's Voice... 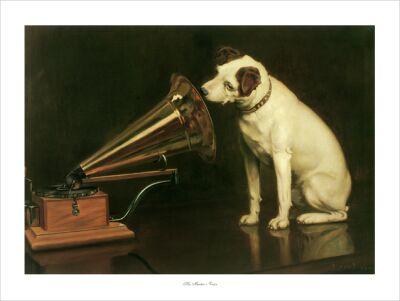 I give you an inaugural audioblog--roughly a minute-forty in length--recorded for your pleasure on the world's WORST voice recorder.

I sound like I'm broadcasting from the Mars Colony. Or the Russian front.

If I did this right, clicking on

should take you where you need to go.


Best not to have headphones on, I think.

I'm pretty sure this is safe for work, although honestly I have NO idea. I mean, I could be saying anything to the dog, so use your discretion.

I'll try to find a better recorder next time.

But somehow, I think this still manages to convey the effort one must make to bridge the language barrier between man and beast.

Now if you'll excuse me, I have bits of esophageal lining to mop up off the floor.

Comments:
That was pretty damn funny there, MM. Hope your throat has returned to normal.

Holy BAHH. That cracked me up in a sort of Dian-Fossey-Gorillas-in-the-Mist-get-on-the-animal's-level sort of way. Now go gargle with salt water and prepare for Audioblog #2.

That was hilarious! Know that I kept my coffee at a safe distance while hitting your link...

So when's the audioblog with your neighbour's dog? ;)

MM, you have a voice made for NPR. Very soothing. Hope your throat feels better. Thanks for the link ;).

Is that YOU doing all the sniffing and panting at the end? That is amazing. It sounds just LIKE a real dog. My terrier here just pircked up her ears at it. Musta said something good.

Thank you SO much. That made my morning!

My roommate came running up the stairs when I played this because she wanted to know why there was a man's voice emanating from the den. Heh!

Maggie ceratinly reacted to that, but probably not in the intended way --- it prompted her to bark, snarl and snap at the computer!!!

Hahaha! Are you talking to Blaze... or to SATAN? I think the languages are cognate somehow.

This was like receive a shortwave broadcast from the Underworld.

I'm pouting because this doesn't seem to work on my 'puter. It sounds like "well!" and then 1 min 20 seconds of fuzz. Going to try hubby's PC...

Holy Christ. I played that with the volume turned way up, anticipating my computer to act as crappy as it usually does when playing these things...and when your demonic doggie language came BLARING out of my computer, my son flew...literally FLEW.. out of his toy room and into my lap shrieking, "Mommy I hear a monster!!" Tears are streaming down my face as I try to explain I am NOT laughing at him, but at the computer. "Mommy,monster aren't funny" he replies very seriously. No, but He Who Talks To Dogs Very Strangely is.

New use for the audioblog:

Clearing all of the cats from my office at top velocity!

My roommate walked in the door as you hit the esophageous-destroying portion of the audioblog and - not seeing my laptop - thought at first that I was barking. So congratulations - you made two people laugh. My roommate (who was laughing at me, believing that I'd totally lost it) - and me, just by virtue of the MM-made dog noises.

I actually tried the growling thing on my friends dog when he refused to sit - worked like a charm. I have a feeling this will come in handy.

I couldn't hear it just the first part like someone else said sounding like Well.. then nothing... may have to use my dh computer...

If I ever had any doubts about your mental stability before this incident...my doubts are confirmed now!
I won't believe it until I see it. When's the videoblog coming? :-)